Living in Hollywood after retirement – what’s to know?

When you live in the same place for a long time, you usually learn to love that place. And if the city we’re talking about is Hollywood, this stands even more. On the other hand, it is possible that you have never lived here. And now, when you finally can, you want to. At the end of the day, this is a magical city where pretty much the world cinematography started. However, there are things you need to know about living in Hollywood after retirement. And you will find them in this article.

The first thing on our list has to be the weather since it is a primary reason why this whole area is so popular among people of all ages. The average high temperature during the year is around 80 degrees, which is fantastic. However, colder winters and damp springs are a thing that happens, but that isn’t something that you need to worry about. However, because of this, you need to know about the benefits of a climate-controlled storage unit in California.

Most of the days here are sunny and rain is only seasonal. All of this makes Hollywood a perfect place for a retiree. 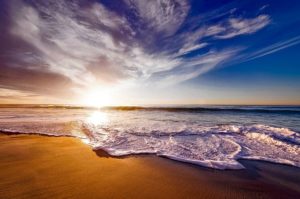 Living in Hollywood after retirement means bathing in the sun all year long.

As you might expect, the culture in Hollywood is very diverse. Some go as far as calling the whole of Los Angeles a cultural mecca. There is everything you might want. Art, music, and all kinds of communities. In fact, it is very similar to New York when it comes to diversity. So, if you’re moving from New York City to Hollywood, you can be sure that you will feel home.

Also similarly to NYC, La and Hollywood as a part of it is not a walking city. However, there are communities that you can become a part of that are walk-friendly. So if you don’t want to drive a car ever again in your life, the city got you covered.

You might think that living in Hollywood after retirement means saying goodbye to the outdoors. However, living across the street from the famous actor or director isn’t the only benefit that you get when you move here. Los Angeles, in general, is a fantastic place for any retiree that is seeking an active lifestyle.

You can sunbathe at the beach, or go skiing in the mountains that are just a short drive away. If hiking is your thing, you’ll be pleased to hear that there are trails all around the city. It is also a bike-friendly town. So you can ride your bicycle wherever you want. There are also many other available activities for retirees in California if nothing that we mentioned is your cup of tea. 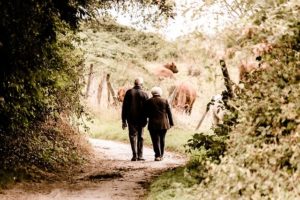 You will be able to enjoy long walks with your loved one after you relocate here.

When you pass a certain age, healthcare in the city in which you’re living becomes a very important thing. And here the situation is great. We can go as far as stating that living in Hollywood after retirement means that you’ll get world-class healthcare. All of the people working here are highly respected professionals and there are many top-of-the-line medical centers. Therefore, you can be sure that you’ll be well and healthy for a long time after relocating here.