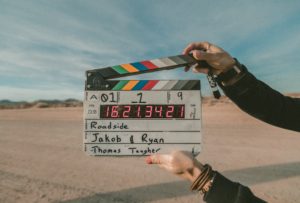 Tips on moving to LA for acting

There are few places on planet Earth that can launch your acting career like Hollywood can and even fewer that can hurl it to the ground in no time. Let’s see what you need to know before moving to LA for acting.

Are you destined to become an actor? 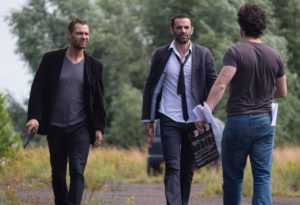 Are you destined to become an actor?

Before even thinking about moving to LA for acting, try to think whether there is anything else you envision yourself doing other than acting. In case there is, triple check if acting is for you. Should you be hesitating, then you might want to pursue other ventures. LA is filled with young people trying to make it in motion pictures.  Every young person working at a cash register, Starbucks or waiting tables dreams of being a movie star. All of them are your competition. In case you are 100% sure this what you want, start prepping.

Save money to move to LA for acting

Assuming you’re not coming from New York City or San Francisco, LA prices are going to smack you in the face and leave you lying in the dirt. Yes, it’s that expensive! You’d better start filling that piggy bank of yours and don’t you even think about breaking it before there are more than $5000 dollars inside. Heck, that sounds too optimistic…better make it $10.000. 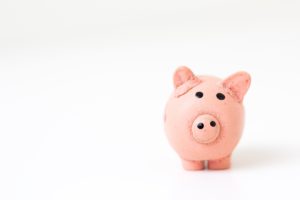 Prices in LA indeed are super high. Median rent is about $1850 for a one-bedroom apartment, so we’re not exaggerating when we say you need to save. Part-time jobs can be difficult to come by due to a large influx of people coming to LA. Furthermore, you’ll need the money to pay your first and last month’s rent, plus the security deposit. You’ll have to take acting classes and also have a social life. Do your math beforehand so you don’t end up sleeping at the beach.

LA is a vast city that lives off highways. This, however, does not mean that traffic works perfectly. You’ll face rush hours 24/7, so don’t expect to hop to the downtown and be back home in half an hour. Nevertheless, having a car is a must; just imagine missing audition that you really cared about because the subway was crowded and you couldn’t get on. By the way, tune up your car back home to save money, remember?

When moving to LA for acting, it is of utmost importance to secure accommodation as close to your points of interest as possible. As we’ve already mentioned, traffic is almost always a nightmare, so easy access to the highway is very important. Furthermore, beware of gangs. LA is notorious for them and you should make sure to avoid them as much as you can. Once you’ve done all of the previous, start highlighting areas of interest on the map. Then, try to find a few neighborhoods that you like. After that, it is time to open Craigslist or Westsideresidentials and start looking for a place to stay.

In order to help you narrow the scope, we have compiled a list of 5 neighborhoods to take into consideration:

Los Feliz and  Hollywood are separated only by Little Armenia and it is very close to the Valley also. Plus, it’s very walk-friendly with plenty of parking.

Probably the most expensive on our list, West Hollywood is for those who took our advice, saved enough money and have specialist skills that will see them earn a decent income. The rest of you, keep reading.

Silver Lake is probably one of the most affordable neighborhoods in Hollywood for young people to move to. Go ahead and read it through.

Venice is filled with acting schools and is well connected. Add the artistic vibe and the beach and you’ve found yourself in the gem of LA. Quite expensive though.

Also slightly on the expensive side, but Burbank will see you live close to Disney, Warner Bros and Universal Studios.

Once you’ve decided where you’re going to move and signed a lease it is time to find the most reliable moving company to help you relocate. Depending on the amount of stuff you’re taking with you, a pickup truck might be big enough for you. 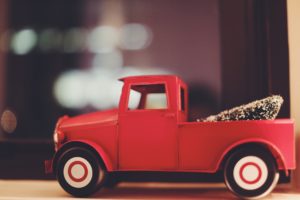 If you’re moving to LA for acting, try living with roommates at least in the beginning for it will significantly enhance the thickness of your wallet. Still, be honest with yourself and know how to choose. Living with someone who shares the same passion as you can be a great experience because it will give you someone to rehearse with and will help you stay in touch with what’s going on in the acting world. However, in case you are a bit on the jealous side or stumble upon someone else who is, you might find yourself in a very ungrateful situation. A good idea, in this case, is to look for older roommates who aren’t going to represent competition. Also, you could seek advice from them and learn some tips and tricks and do’s and don’ts in the world of acting.

Take acting classes when moving to LA for acting

One more thing you needed to save money for. Acting classes will put you in touch with people from the business and may land you a small role that can lead to a bigger one. Also, in case you already have some acting experience from back home, talk to your mentor and ask him if he knows anyone in LA. In case he does, your life may have just become slightly easier. Slightly…

Now, when it comes to joining a union, opinions are divided. Some say it is a good practice to do so for it will open many doors. Others suggest looking for non-union gigs in the beginning. This should save you some money, but you’ll still have opportunities to polish your craft. It’s up to you.

Last, but not least, mingle! In show-business it’s more about who you know that what you know. So, if you’re moving to LA for acting, go out and meet people!