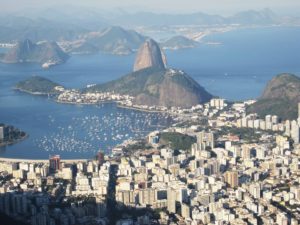 All you should know before moving to Brazil

Brazil is a beautiful country, with a rich historic heritage. Still, there are many different cultural differences, law restrictions, and basic information that you have to learn before moving to Brazil. Moving is a stressful change, and relocating to another country is even bigger one. You need to be careful and avoid moving scams. That’s why you have to be prepared and well organized, so your move will go smoothly as possible.

Brazil is the fifth largest country in the world with a total area of 8,514,877 square kilometers. Geographically speaking, it occupies the largest part of the eastern coast of South America. It borders with all the countries of this continent, except Chile and Ecuador.

The nature and landscape of the country are very versatile.

There is a flat, swampy area (Pantanal) on the west that represents the largest wetland in the world, tropical grasslands that are covering the center of the country (Cerrado), a semi-desert region on the north-east (Caatinga).

Brazil is the home of the most diverse ecosystem in the world – the Amazon rainforest.
The dense forest on the south-eastern and of Brazil has been cleared for the constructions of Brazil’s biggest cities – São Paulo and Rio de Janeiro.

This area covers only 11% of the country, but houses 43% of its population.

Another wonder of nature is on the border between Brazil and Argentina – the spectacular Iguaçu Falls.

You probably heard that the prettiest beaches of the world are in Brazil, but maybe you didn’t know that this country has 2,095 beaches and a 4,655 mile-long coastline.  There is also a volcanic island Fernando de Noronha, which is a popular spot for diving and surfing. 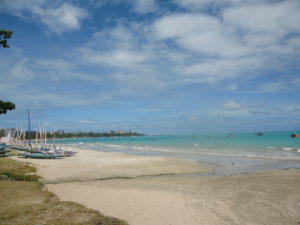 For the newcomers, it’s not that hard to adapt to Brazil’s diverse culture.
Brazilians are open to newcomers and famous for their welcoming hospitality.
They are very warm people, which, they show physically. Kissing a stranger when meeting them, and hugging is not a custom in western societies, but here it’s a normal way of greeting.

Brazilians are also very religious and they dutifully follow Catholicism and the church holidays. During the Lent, most of them are abstain from meat, alcohol, and other indulgences.

Lent is celebrated by organizing carnivals and begins on the Friday before Ash Wednesday. Although the Rio de Janeiro Carnival is most famous, carnivals are organizing throughout Brazil in a variety of styles. 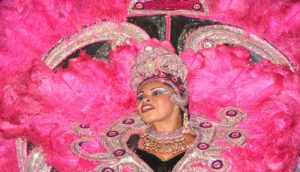 Carnivals are an important part of the Brazilian culture.

Portuguese is the first language in Brazil. In the touristic parts of Rio de Janeiro and in the city of San Paolo, there are a lot of residents that speak English, but they are in minority.

That’s why you should start with your Portuguese lessons when your decision of moving to Brazil is final.

Spanish won’t take you very far – they are similar, but essentially they are two completely different languages.

Brazil is one of the leading countries in the world in the mining industry, industrial production, with the strong and fastly growing service industry.

São Paulo is a Brazil’s business capital. It’s the richest and largest city in this country. It has  11 million inhabitants and is the most populated metropolitan area in Brazil.

From 2010, Brazil’s economy is the largest and most powerful economy of Latin America. It’s the world’s eighth largest economy by nominal GDP. 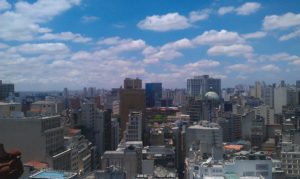 São Paulo is commercial and business center of Brazil.

Essential information for moving to Brazil

Planning is crucial when you are moving to Brazil from abroad. The better you are organized, the better you will handle the moving process.

Once you finish moving to Brazil and unpack all of your stuff, you may realize that you have brought to much stuff. That’s a common thing with the moving process. Even for the ones who make a specific plan of the things they will bring.

And maybe they can’t all fit into your new home. Don’t stress about it, it happens to everyone. Especially with the ones who are moving abroad.

If you don’t want to sell or get rid of your belongings that are crowding your new home, there is another solution.

You can rent a storage. There are many reputable and affordable storages in Brazil that will store your items safely.