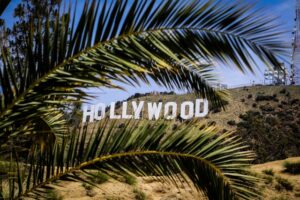 Key differences to prepare for when moving from Nevada to California

When you move to a new place, you should expect to see changes in your lifestyle. The first thing you will have to get used to when you relocate to California is the higher cost of living compared to Nevada.

Your cost of living will increase by around 40% when you relocate to California. Everything is more expensive in California, from healthcare to transportation. With such a large difference in expenses, you should expect to make some adjustments to your daily life in California. You will probably need to rent or buy a much smaller place than you had in Nevada.

Prepare for the Californian weather

Get ready to enjoy the weather in California. Nevada’s climate either runs too hot or too cold. The summers are scorching hot, and the winters are freezing cold. In California, you will have a more normalized climate with hot days and no need for winter clothes. Nevada and California have about the same amount of sunny days per year. California has less snow, and the comfort index is higher. You will feel the same in January and in July in California. The only thing you will have to give up is the four-season, depending on where you decide to live in California. So if you like what California’s climate can offer, learn to simplify your relocation to California and relocate there.

The third thing you will have to prepare for is the higher taxes. If Nevada has anything over California, it is the tax system. Nevada does not have a state income tax, no tax on retirement accounts, no inheritance tax, and lower sales taxes. Let’s how the taxes differ in these two states.

California has the highest income tax in the country, capped at 12.3%, and if you earn over a million per year, you have to pay 1% more.

Many retirees are leaving California because they tax their pension and retirement accounts at a person’s income level, making it the highest pension tax in the country. You will have to pay more for items in California because the sales tax is a little bit over 2% higher there. With so much money going to taxes, you can see why the cost of living in California is higher than in Nevada. If you want to save money, you should look into how to make your relocation to California budget-friendly.

Prepare for a different scenery

What people from Nevada love doing is spending time outside. Nevada has the most beautiful landscapes and mountains in the country. The south of the country is covered with beautiful red dessert, and the center of the country has lakes and rocky mountains. The cheery on top of Nevada’s outdoor activities is the Grand Canyon.

But by moving to California, you will not say goodbye to outdoor activities but replace them with new ones. The most popular outdoor activity in California is going to the beach. There you can do beach sports, swim in the ocean or learn how to surf. To sunbathe on California’s sandy beaches, you have to leave Nevada. Relocating from Nevada will require professional assistance. You have to be careful when choosing a moving company, which can take a lot of work. If you don’t want to waste time, look into triple7movers.com as they can help you with any part of the moving process.

Say goodbye to gambling by moving from Nevada to California

When people think about Nevada, two things come to mind. Las Vegas and gambling. Many people consider the state the gambling capital of the world. Gambling is not banned in California, but it is not as available as in Nevada.

If you asked us, your life can only become better if you stop gambling so much. By relocating to California, you will have a chance to kick that gambling addiction if you have one. In addition, since California is so expensive, you will not have the money to spend on gambling as you did in Nevada. You can make visiting Vegas or going gambling a treat on your holiday. When you meet new people in California, you can organize a trip to Las Vegas and show them the charms of your home state. Even gambling in healthy amounts can be fun and thrilling.

Since you know the key differences to prepare for when moving from Nevada to California, there is nothing stopping you. When you start living in California, you will see the complete difference between the two states.