Once you have decided to move to Hollywood, you have to find a neighborhood that will meet your needs. Finding a new neighborhood is the first step toward finding your new home. At this stage you will need to decide not just on what you want out of a future house, but also what you want out of a community. When looking for a new Hollywood neighborhood you will have to decide whether you want urban, suburban, or rural surroundings. Some other considerations will be about such facilities as public transportation, schools, parks, hospitals, and other important features. You can read more about other factors you should consider in the article Tips on finding best Hollywood neighborhood for relocation I.

The city of Hollywood has more than 50 neighborhoods in its 27-square-mile area. As a new resident you will get a taste of suburban life in South Florida close to the city. In Hillcrest you can find a peaceful living with a lot of facilities. Emerald Hills and Highland garden are upscale Hollywood neighborhoods close to the beach, restaurants and shops downtown. There are many things to take into account before deciding on a Hollywood neighborhood for relocation. In the previous article we gave you the list as an example of what may be important to you as you look for a new community to live in. The best way to find the neighborhood that fits you is to make a list of the characteristics most important to you. And then you can investigate different Hollywood neighborhoods until you find one that best matches your criteria.

It is Hollywood’s oldest neighborhood, located between Washington and Johnson Streets. The neighborhood is desirable, not only for its charming historic houses, but also for its pedestrian friendly environment. This Hollywood neighborhood has characteristics in common with the growing number of neotraditional areas patterned before World War II. Houses occupy 50’ lots clustered around green public spaces. Joseph Young set aside land for parks and open space. Many of these green spaces still exist today. They include Hollywood Golf and Country Club, Young Circle, North and South Lakes and Jefferson Park.

Many of the houses were built in the 1920’s and were designed to capture the southeast breezes from the Atlantic Ocean. Hollywood Lakes was planned as a large residential borough of pricey homes with twin artificial lakes. The pedestrian and bicyclist areas are very important to the traditional neighborhood. Inhabitants can walk to shops, the beach, parks, the Hollywood Golf and Country Club, and the Art and Culture Center. There are several churches, most of which were built before World War II. Hollywood Central Elementary, the Performing Arts Center, and the Woman’s Club are all within walking distance.

Here are some more facts about Hollywood Lakes:

Emerald Hills have been part of the luxuriant district that made Camden Valley famous since European settlement. In the 1960’s, The Presbytyrian Church established St Andrews Boys Home. The school buildings, now gone, were designed by renowned Sydney Architects Philip Cox and Ian McKay and were the recipient of a Sulman Award for architecture in 1963. You’ll immediately discover Emerald Hills is a uniquely special place in the Camden Valley area. It is a carefully planned community built around a natural masterpiece, designed to suit your needs. Emerald Hills offers a unique and amazing landscape with breathtaking views from hill top parks and carefully balanced mix of housing types. You can find houses from large blocks to family housing and beautiful facilities to compliment the natural surroundings. 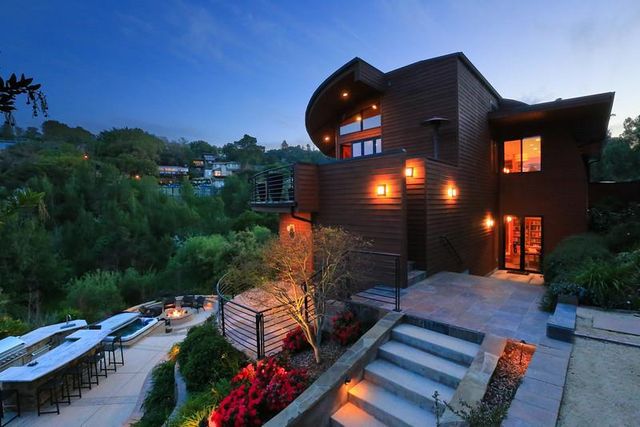 In Emerald Hills you will find everything you need for a comfortable, convenient, and healthy lifestyle

In the Emerald Hills neighborhood you will find everything you need for a comfortable, convenient, and healthy lifestyle. There is a local neighborhood shopping center, public primary school, child care center, community center, neighborhood parks and open spaces. There are so many choices living at Emerald Hills. The new Leppington Town Centre will be just 4 minutes away. Narellan Town Centre, Oran Park, Camden and Campbelltown are all nearby, offering a wide range of dining, shopping and entertainment options. There is easy access to a range of public and private schools, day care facilities, tertiary and technical institutions and medical facilities.

Top public schools for both Hollywood Lakes and Emerald Hills: