Don’t miss out on the best Hollywood museums

So you’re moving to Hollywood? Great news! Have you already made your list of the biggest attractions to visit once you get there? Have you added some great eating options to the list as well? And what about the Hollywood museums? 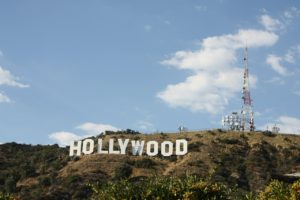 Once you settle down in Hollywood, start exploring.

There are a few museums in Hollywood proper and some more of them elsewhere in the city of Los Angeles. Those in Hollywood are mainly dedicated to the town’s film industry, showcasing its glorious history and the biggest stars. Make sure you check them out once you settle down and unpack. Here’s a list of the best Hollywood museums.

The history of Hollywood cinematography featured in Hollywood museums

So you want to meet the Hollywood biggest stars? Head over to the Madame Tussauds Hollywood museum and take your time. There are more than a hundred astonishing lifelike figures portraying movie stars, politicians, music, sports and TV celebrities. The museum is next to the famous TCL Chinese Theater and the Walk of Fame, so you’ll have no problem to find it.

What’s in there? Here’s a list of all the sections of the museum. Seems like their names are pretty much self- explanatory.

The Spirit of Hollywood section is the one with figures representing the most famous stars from the Hollywood’s Golden Era. So who can you see there? Charlie Chaplin, Marilyn Monroe, Bette Davis, Ginger Rogers & Fred Astaire, Elvis Presley, Audrey Hepburn and more. Then there’s the Modern Classics section featuring some of the most popular Hollywood stars of modern times, such as Tom Hanks, John Travolta, and Sylvester Stallone.

And then – there’s more! The greatest pop stars Michael Jackson, Whitney Houston and Madonna have taken over the Pop Icons zone, while the Action Heroes set features actors such as Bruce Willis, Arnold Schwarzenegger, Bruce Lee, Jackie Chan, but also Master Chief and Spider-Man. In the Making Movies zone you’ll find some famous directors along with their favorite actors (or those most of us suppose are just that).

There’s also a new addition to the Madame Tussauds Hollywood museum called the Virtual Room. It offers collaborative virtual reality games, so visitors can recruit their own squads of 2-4 people and set off on a mission to save the world. Exciting, isn’t it?

If you thought that was it when it comes to wax figures and museums in Hollywood, you were wrong. There’s one more wax museum in town, known as The Hollywood Wax Museum. Located on the Hollywood Boulevard, it features wax figures representing some of the biggest movie stars and legendary singers, such as Elvis Presley.

The museum opened its door to the public back in 1965 and it’s the longest-running wax museum in the country. Back in the old days, it was so popular that the line to get in was half a mile long. From there, it went on to become an iconic institution and ended up being featured in several movies and TV shows, such as The Mechanic from 1972. You can tell how important the museum is when you learn that in 2012 the founder’s family received a special recognition, being acknowledged as Heroes of Hollywood.

This is another museum built to honor Hollywood, particularly its early days. It’s also known as The Hollywood Studio Museum. You’ll find it across the Hollywood Bowl, housed in the restored Lasky-DeMille Barn, where some of the first silent movies in Hollywood were filmed back in the old days. Over there you can see old photos from the silent era, historical documents, postcards from the Hollywood’s Golden Age and some other movie related items. Special events titled Evenings at the Barn take place at the museum from time to time and programs include speakers, screenings and slideshows showcasing the Hollywood’s early history. 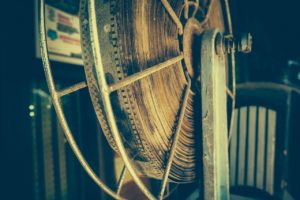 Hollywood museums feature the history of the Hollywood movie industry.

If you’d like to take a break from the movie industry and the Hollywood as we know it, head to the Los Angeles Fire Department Hollywood Museum. This one is different from the Hollywood museums we already took you to visit. It’s located at the old Los Angeles City Fire Station 27 and has been standing there for almost 90 years, as it got opened in 1930. Today it looks like just as it did back in the past and showcases old fire engines and fire apparatuses, some of which even date back to 1880s. The museum has even more to offer, as it also features a reference library and fire safety learning center.

There’s the Fallen Firefighters Memorial in front of the station, which is basically a memorial wall with the names of all the Los Angeles firefighters who have lost their lives while being on duty. There are five life-size statues of firefighters next to it as well.

Ripley’s Believe it or Not!

This museum belongs to the franchise founded by Robert Ripley and deals with odd and bizarre items and events. Sometimes those events and items seem so strange and unusual that it’s hard to believe they are real. This is how the museum actually has got its name. Being located on the Hollywood Boulevard, it’s known for its interactive illusions, just like all the other museums from the Ripley group, scattered around the world. 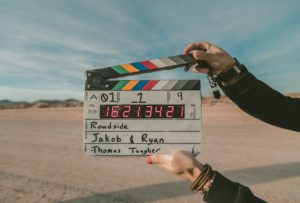 Ripley’s Believe it or Not sometimes seems as unreal as a movie!

When you live in Hollywood, all the museums in LA and near-by towns get to be within an easy reach for you. Hence we’ve gathered our favorites and made a list of what Hollywood museums not to miss while residing in the area:

This was our list. Once you settle down at your new home in Hollywood, pull out this little Hollywood museums guide and start exploring!