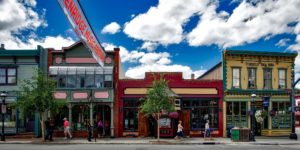 Moving from a Small Town to Hollywood

When it comes to cities, Los Angeles is as grand and glorious as they come. And when it comes to neighborhoods, Hollywood is as magnificent as they come. Home to many, many stars and, basically, almost the entire movie industry, Hollywood is truly a place where your dreams can come true! However, that does not mean you should jump in head-first into all the glitz and glamour! If you are currently thinking about relocating to Hollywood, you will have to be prepared. Especially if you come from a small town. Moving to, for many, the center of the show-biz world can be challenging and, quite frankly, exhausting. Here are some things to think about if you are considering moving from a small town to Hollywood.

Cost of living is significantly higher

Now, many will tell you that Hollywood is not that expensive. But, those people may be millionaires and may not even know the height of their own utility bill. In general, compared to your small town, Hollywood is probably on the completely opposite end of the spectrum when it comes to prices.

Everything, from rent to your electric bill will most likely cost more. Even tiny things, such coffee or a snack will have a noticeable difference in price compared to the ones you’re used to. You need to prepare for the difference and to research costs of living in Hollywood extensively before moving. This is important as it will help you wrap your head around the possible monetary issues you may face in the future.

The traffic is formidable

While it is not impossible to rely on public transport, many will advise you not to do that. Possibly ever. Others claim that the public transport system is perfectly fine and that they have no problem using it. If you are moving from a small town to Hollywood, you are also most likely used to walking everywhere. But many say that this is nearly impossible due to the sheer size of the city. That is why it is usually recommended to use a car in Hollywood and in the entire LA for that matter.

Even though the city has been trying to make streets more walkable and safer for bicycles, it has a long way to go. As do you, if you want to get, let’s say, from one side of Hollywood to another. Getting a car is more practical, but, mind you, you will still end up spending plenty of time in traffic jams. 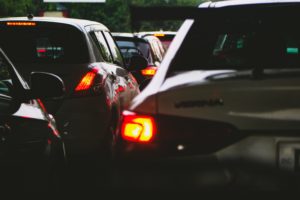 In any case, whether you go by car or use public transport, your commute will, of course, be incredibly longer than in your previous town. It may have lasted mere fifteen minutes once, but now get ready for 1-2 hours behind the wheel/on the bus. That is why you need to explore your housing options carefully. It is sometimes better to spend more money on a house that is closer to your work than to save money and then spend the next ten years stuck in traffic every day.

One of the best parts of Hollywood is the fact that job opportunities literally pop out anywhere. You can go grab a cup of coffee and get a job, to be frank. If you are moving from a small town to Hollywood without previously finding a job, this is good news for you. Unlike small towns, which have a limited job market, it is seemingly endless in Hollywood. It does not rely solely on show business and it is quite eclectic. You can get a job in trade, IT, fashion and many other areas. But we do recommend researching job listings in Hollywood first, just so you know where to start.

However, bear in mind that where there are jobs, there is competition, and there’s plenty of it here. For every job position, you apply, hundreds and even thousands of others apply as well. This is something that you will have to prepare yourself for. Don’t be discouraged, though! Simply make a mental note to always bring your A game and you’ll do just fine. 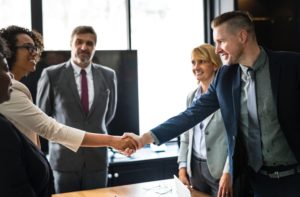 There are plenty of job opportunities in Hollywood

Whatever you are used to in your small town, prepare to be dazzled. There are shows, restaurants, clubs, pubs, you name it. Always open, always vibrant. And if that is not enough, Hollywood is home to many attractions we know you’ve been dying to see! While you may have your days planned for weeks in advance, you can also always go out suddenly and find yourself on an adventure on a Wednesday night! This is one of the most rewarding advantages of moving from a small town to Hollywood – its spontaneity. You will never be bored if you decide to move to Hollywood. Nowhere can you find more entertainment than at the very heart of the entertainment business. 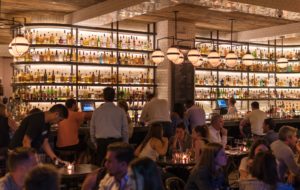 Entertainment is everywhere in Hollywood

Of course, not to forget one of the best perks of Hollywood – the celebrity sightings. It is not uncommon to go out for dinner and bump into a celebrity in this part of LA. Actually, you might meet celebrities so often that you even stop thinking that it is such a big deal!